Boot Hill Bounties is not a voice acted game and in fact its word count ranks among the highest ever for a 2D game. So there were a lot of challenges to write for different characters with different dialects and different ways of speaking.

Even when your game is not voice acted, it still kind of is. When a reader reads the speech of a character, they hear a voice in their own heads of what that character sounds like. There are a few techniques to help the player imagine the right voice for your characters.

Distinct Voices: Giving distinct voices to the main cast was important. Since there is a lot of conversation among them, a distinct voice helps keep their voices and personalities 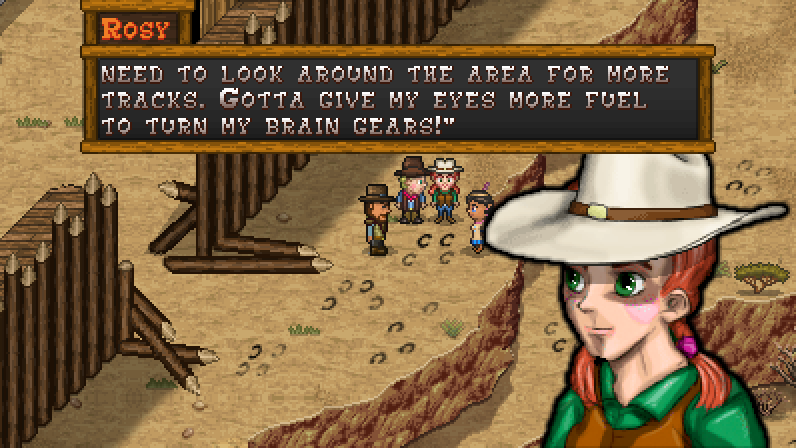 Rosy is full of colorful idioms and turns of phrases. Some of them come from other sources but many are made up. Rosy speaks more freely than any other character and has a chaotic grasp on any rules of grammar.

Doc is a man of few words so his sentences are shorts. He often drops less necessary part of sentences, like articles. So when he does use words, they have more meaning.

Moon speaks eloquently but uses a lot of metaphor and peppers in Chepakwik words in her English.

Kid is a unique case since the player often can choose his responses. So his voice may change depending on what the player decides.

A great way to test the strength of your character’s voices is to take out any indication of who is speaking and see if a player can still tell which character is saying what based only on the the voice of the sentences.

Writing Accents: If a character has an accent or a unique way of pronouncing words, it can be tempting to write their entire speech phonetically to emphasize this. But when this is done too much it becomes frustrating to read.

One trick I learned is that, rather than write their dialogue this way, only do this to the first few words or beginning of a sentence. This way, their dialect is established in the reader’s mind at the beginning as they read the rest of the speech. The reader does the work of translating their speech into that character’s accent. 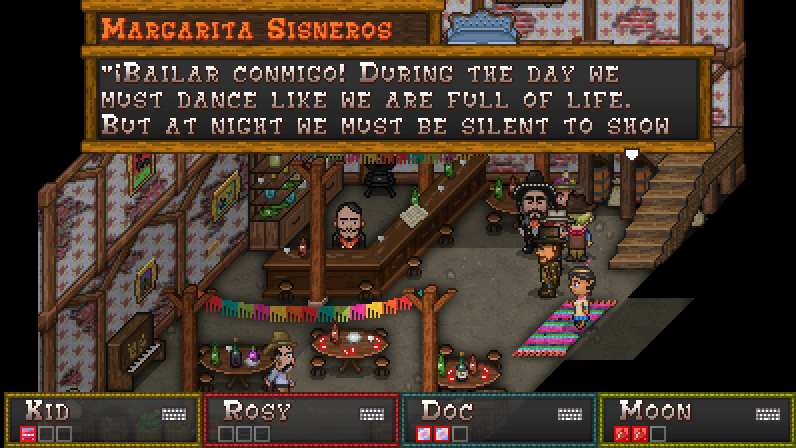 Colloquialisms and Expressions: The Wild West was a constant source of strange and wonderful idioms and turns of phrase – most of which have probably been forgotten. Much of the phrases we believe were used in that era may have simply been dreamed up writers decades later. 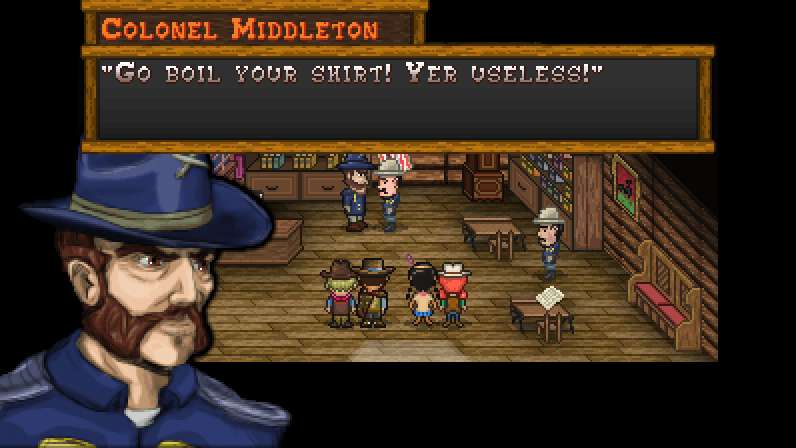 I had a spreadsheet of terms and phrases I picked up by reading Wild West stories, non-fiction books and other sources. I would write down what was said, from what source, and what it really meant.

“I got the almighty cinch on you!” You ain’t getting away
Hangdest Most stubborn
Between Hay and Grass Neither man nor boy, half-grown.
Reckoning up Talking about something or someone in a slanderous manner.
“If you’re a square peg or round peg” Find out if you have what it takes

Sometimes it was not clear in the context what these phrases meant and finding out required a bit of research. There were some that I was never able to define: Do you know what it means to “play shinny-on-your-side”? Because I never found out!

Foreign Languages – When characters are not native English speakers, I often convey this by peppering in words from their native language. This happens a lot in San Gonzalez where most characters speak Spanish and in the Chepakwik village where they speak a fictional language. The foreign words should be common enough that the reader can determine their meaning by their context. 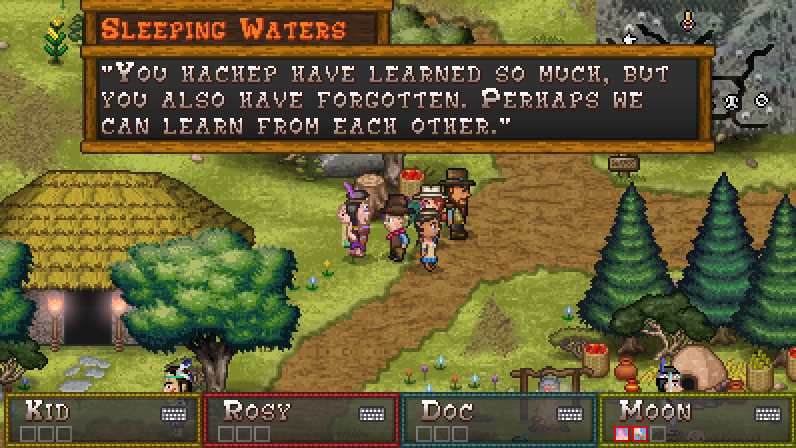