There are a lot of injuries that can befall your party as you venture out in the Wild West. Fortunately, you can heal from even the most grave injury – as long as you can find a doctor!

Wounds are typically acquired when falling in battle. Party members auto-revive after enough time passes when knocked out in combat, but they’ll acquire a wound in the process! 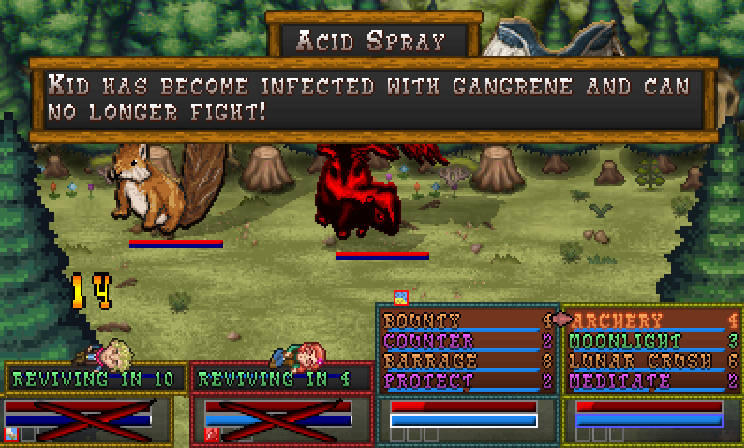 The wound you get depends on what attack was the hit that brought you down! Here are some examples:

Dysentery – Start battles with poison and may become poisoned after taking actions.
Lockjaw – Cannot use mental attacks.
The Vapours – Start battles staggering and may stagger after taking actions.
Gunshot – Lose a large amount of health over time.
Vertigo – Greatly increases chance you will miss with your attacks.
Concussion – Forget how to use one of your equipped Vantages.

There are 15 different kinds of wounds that you DO NOT want to acquire!

Wounds are like status ailments that don’t go away! Not easily. They can pass after a number of battles, but you probably want to visit Doc Finch and have him treat the wound. 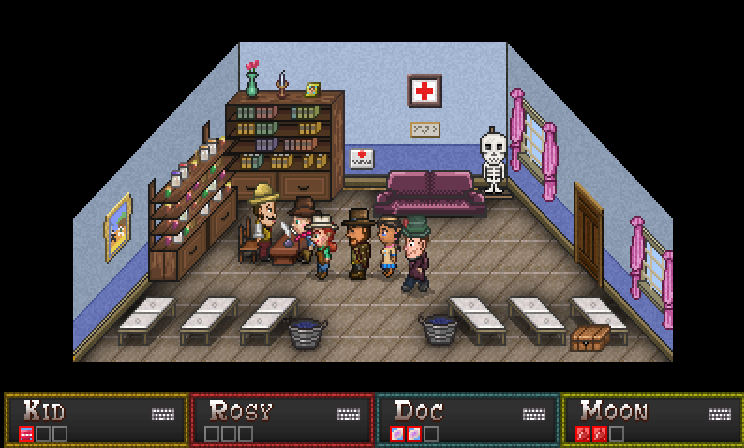 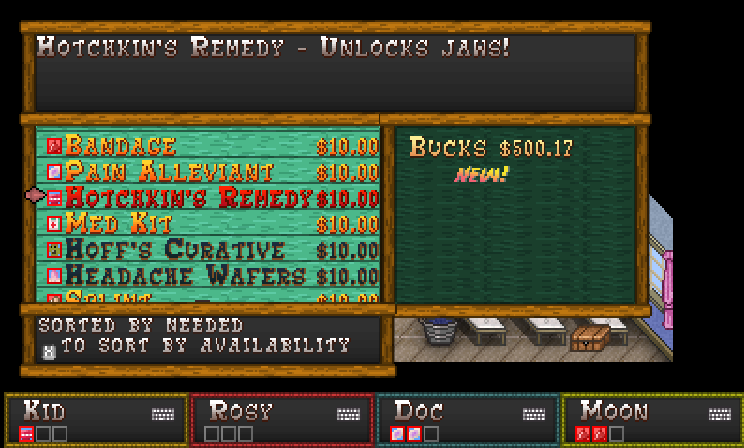 Wounds are kind of like the opposite of Perks, which we talked about earlier. They share the same space in a character’s statbox and a new Wound will even override a Perk if there isn’t any free space!

But even if there’s no doctor around to treat a wound, you can use Med Kits to treat a Wound at any time. Med Kits are expensive and rare, so it’s best to rely on a doctor. There’s another way to treat wounds, but that won’t be revealed until next week! 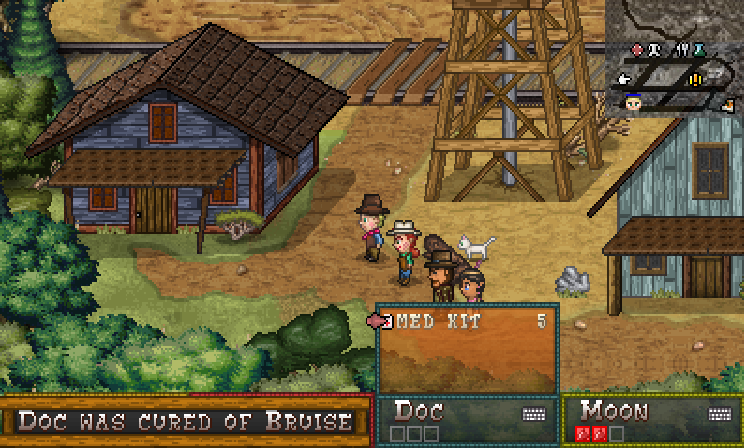 Tomorrow is DevBlog Friday and we’re going to talk about another interesting map.