The town of Swellsville is the first town featured in Boot Hill Heroes and it’s back again in Boot Hill Bounties, of course. But the town has been completely redesigned. This isn’t the first time I’ve remade this town, so I thought it would be interesting to talk about how and why it has changed so much.

The original intent was good. Make a great big town that gives the player a ton of things to do and places to explore. I wanted a BIG town to create a BIG sense of adventure. The bigger the better!

With that in mind, here’s the first design of Swellsville that was made in 2011 or 2012. Can you believe it’s been that long? 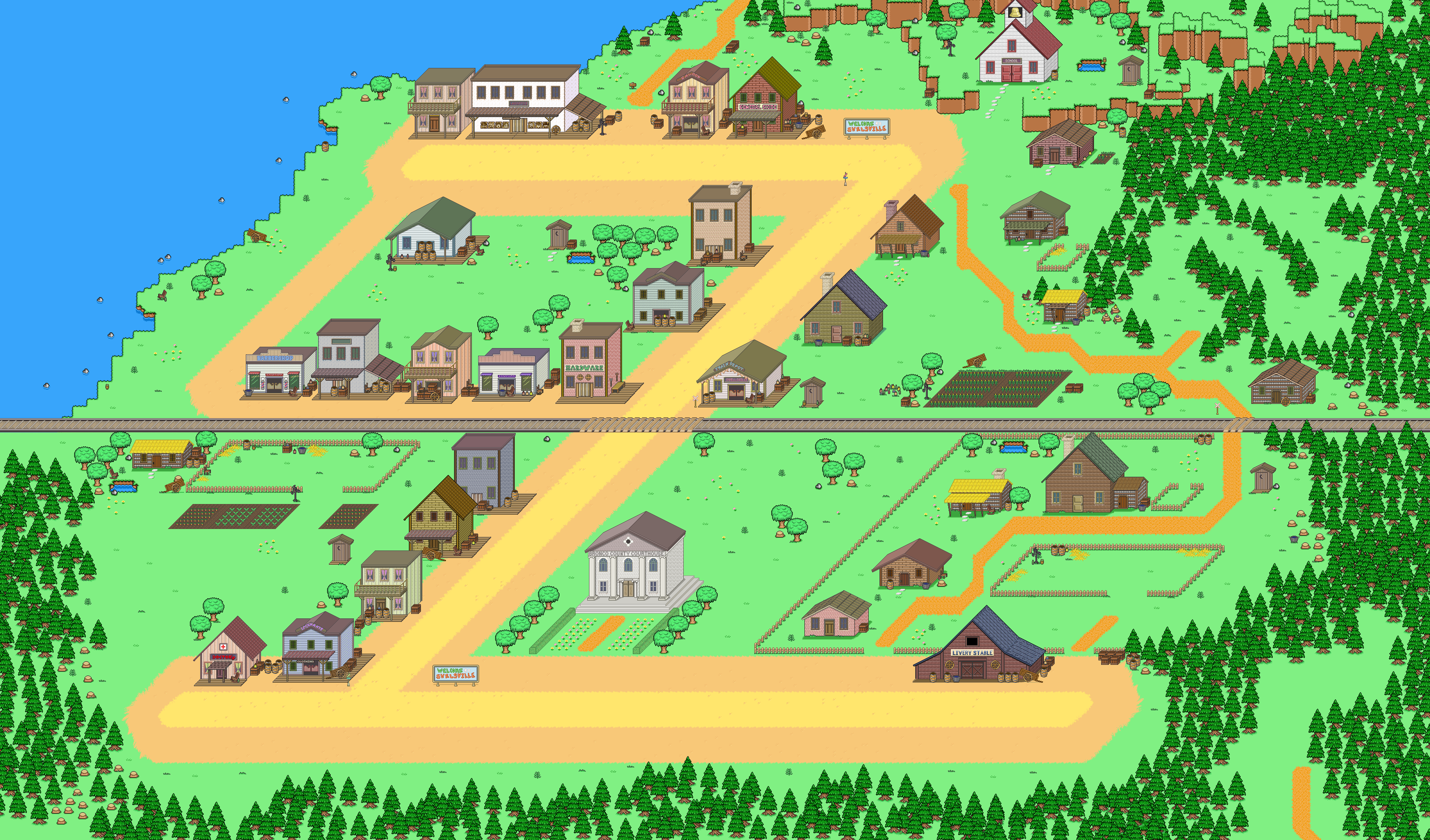 You’ll notice how huge the town is and also how much the art style has changed. The Earthbound influence was much greater in this early version. What I found from early testing is that while players were impressed by the scope of this town, they were also a bit intimidated by it.

Maybe it felt almost like a chore to go through all these buildings, leaving no stone unturned. And it quickly became apparent that filling each of these buildings with rooms and people would be an immense effort and there just wasn’t enough content to go around. Another design was made and this is the version that was in the game. 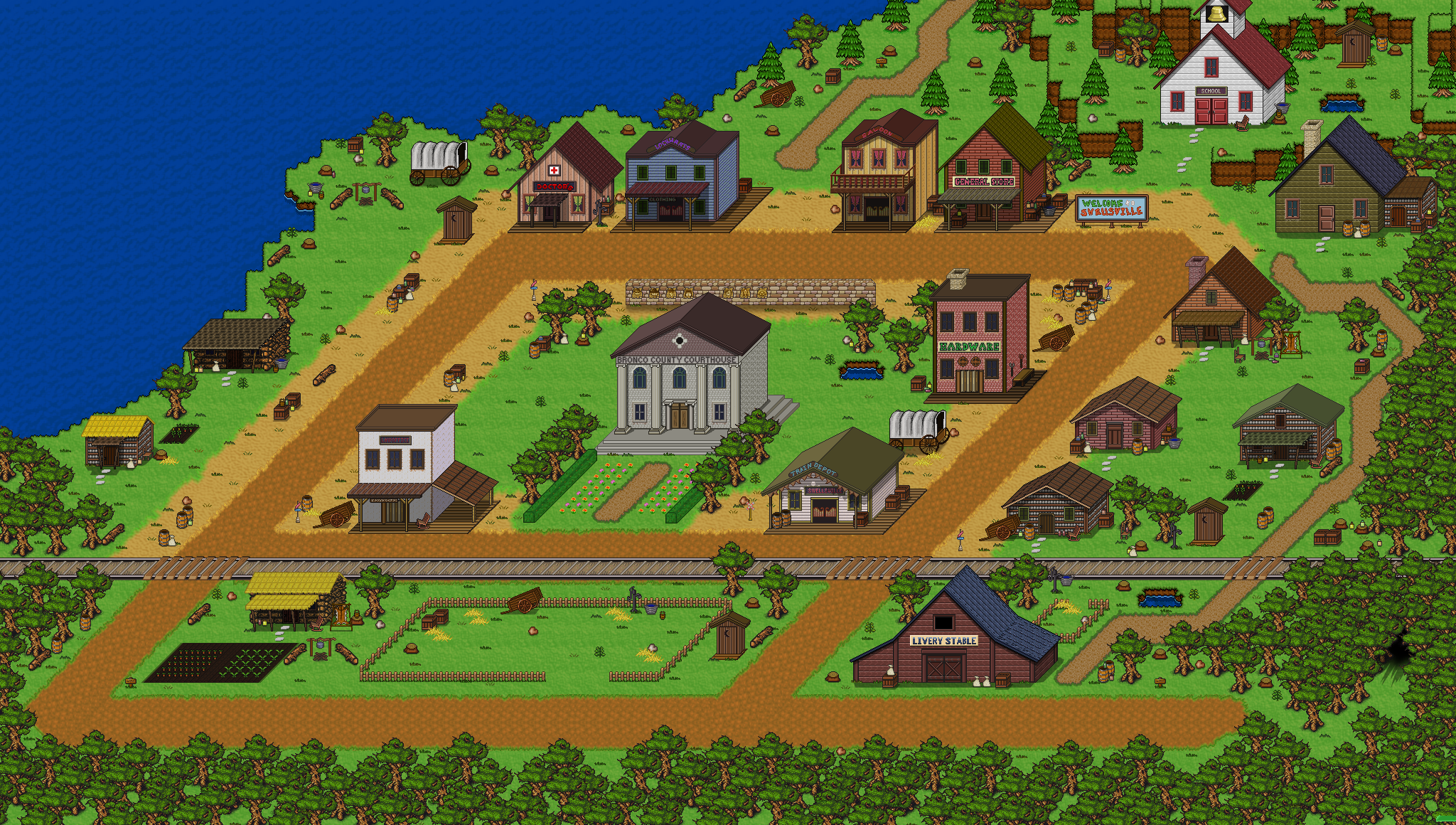 What I learned from Boot Hill Heroes was that bigger was not always better. Quite the opposite. Too much freedom, too many things to explore can feel almost like a burden to a player. And it slows down the pacing of a game. The obligation to explore becomes more of a chore than an adventure. In Boot Hill Bounties I wanted to have more laser-focused content, rather than have it spread all out over the place. I also evolved the art style even further.

So here is the version of Swellsville in Boot Hill Bounties. Look how much it has changed since the original! 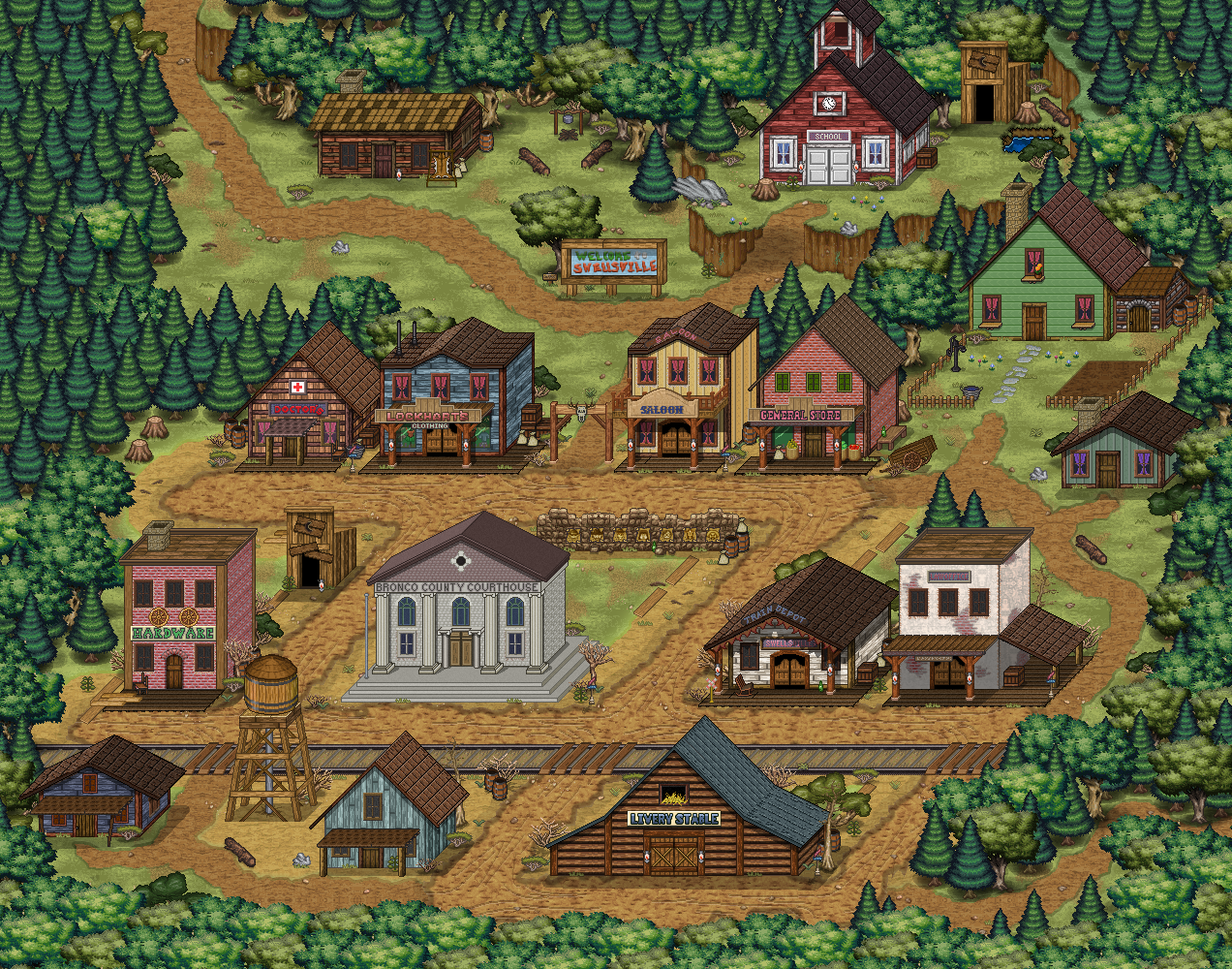 The smaller size makes the interesting parts of the town more focused. There’s something worth engaging in every few steps whether its a shop, restaurant or citizen. Swellsville has a saloon to buy food, a clothing store for armor, a hardware store for weapons, a general store for ingredients, a train depot for transportation, and a ton more that I still have to keep a secret.

Swellsville wasn’t the only town that got smaller. Check out the Chepakwik Village from Boot Hill Heroes. 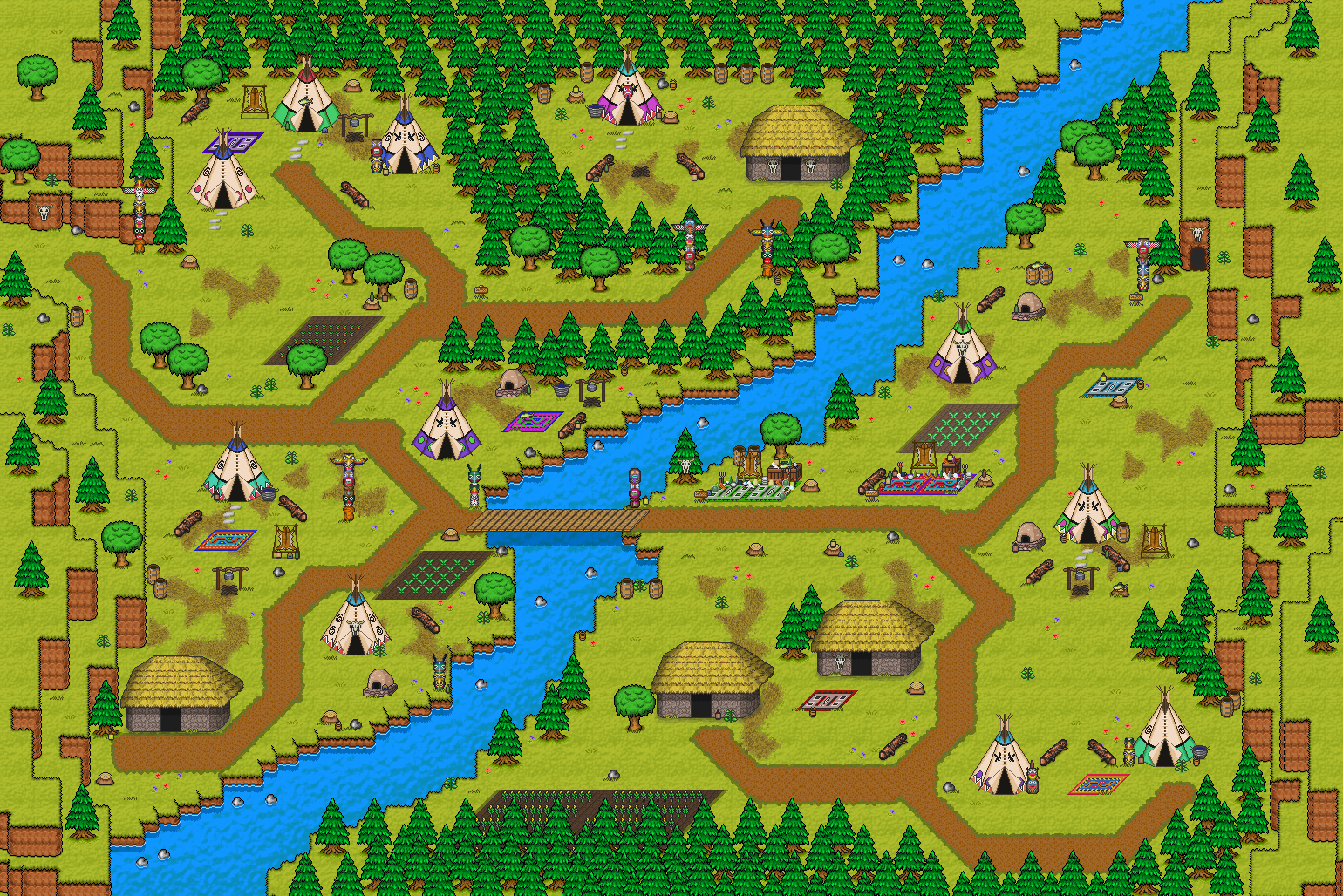 And here’s the village in Boot Hill Bounties. Again it was shrunken down.

So that’s the end of week two of our countdown as we crawl towards that December 1 release date. This week we learned about a ton of stuff in the game but also how towns like Swellsville also got smaller. What will we find out next week?