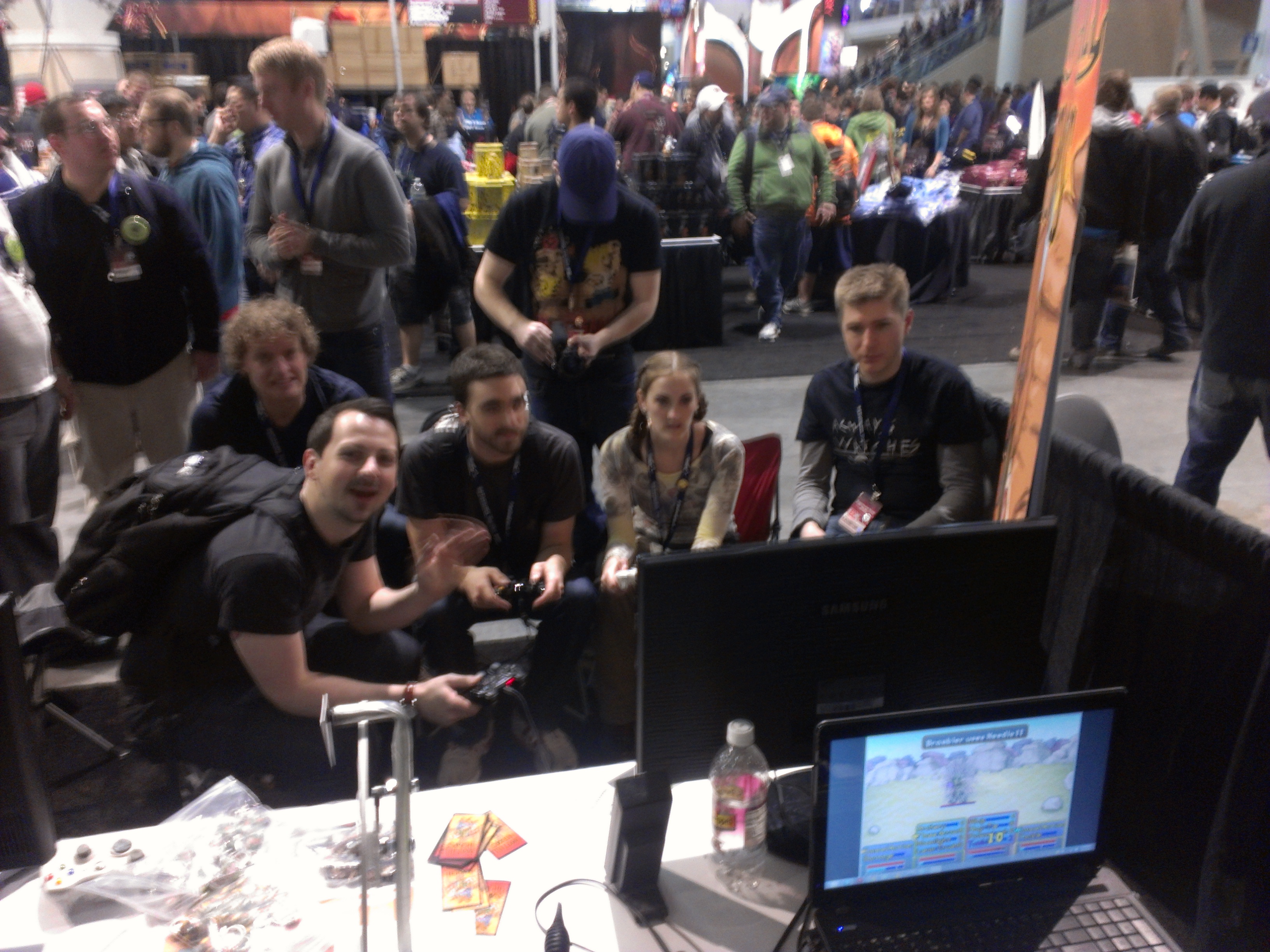 Now that PAX East is over and we’ve fully recovered, I thought I’d share with you guys what an amazing time we had and give a shout out to all the cool people who came by our booth.

A great reception for Boot Hill Heroes. It’s easy to say a game looks fun, but how does it play? Up until PAX we could only speculate on how players would enjoy the combat – which isn’t quite like any other RPG and takes some risks. I’m happy to say these fears have been completely alleviated. I created a custom area for PAX where players could jump in with all the characters and start battling critters right away. Seemed like most people had a blast just fighting random battles, especially with other people.

The single player (starting the game from the beginning) went over very well too. I was surprised by the amount of people who finished the 30 minute demo despite all the distracting spectacle of PAX and the inherent slowness in the beginning of RPGs like this.

Thanks to our backers, John, Matt, and Justin, who helped us manage our booth. Helping groups of people get into the multiplayer, answering questions, and distributing swag was required the at least three people and Ben and I couldn’t have done it without your help. It also made the experience a lot more fun, which is very needed because of how stressful and exhausting exhibiting can be.

A huge thanks to our PAX Enforcer, Mobius, who went to great lengths to make sure us first-time exhibitors had everything we needed. Absolutely outstanding service!

Special thanks to the Video Games Awesome crew. It was great meeting you guys and seeing your support for the game. We had a lot of fun at the after parties too, which was definitely needed after a long day of exhibiting. Hope to see you guys at the next convention.

Thanks to the rest of our backers who stopped by to make an appearance. Nice to meet you guys face to face after spending so much time transforming your faces into pixels. I consider our backers something like the godfathers of Boot Hill Heroes and your support is ultimately what made this game possible.

Thanks to everyone else who stopped by our booth. Congratulations to those who won free copies of the game and free characters in the game.

I also want to thank all the developers who stopped to chat with us – Yacht Club Games (Shovel Knight), Ragtag Studios (Ray’s the Dead), The Men Who Wear Many Hats (Organ Trail), Zeboyd (Rainslick 4), Sinister Design (Telepath Tactics), the guys behind Fire vs Fire (unfortunately never did catch up with Muteki [Dragon Fantasy 2]) . It was great to meet you guys and share war stories about the perils of game dev. Makes us feel good knowing we’re part of a community of people who really just want nothing more than to make games for people to enjoy.

Finally, I really, really want to thank all the media that took the time to look past the huge distractions of the million dollar triple A studio booths and stop by our humble booth. We didn’t seem to get noticed by the major media outlets, but the smaller ones were there in full force to show their support for indie gaming. Everyone was terrific and very professional – asking excellent questions and giving us a chance to talk about our game.