We’ve thus far shown one new hat for all of the four party members except one. Well, today it’s Moon’s turn. Click the image if you want it revealed to you! 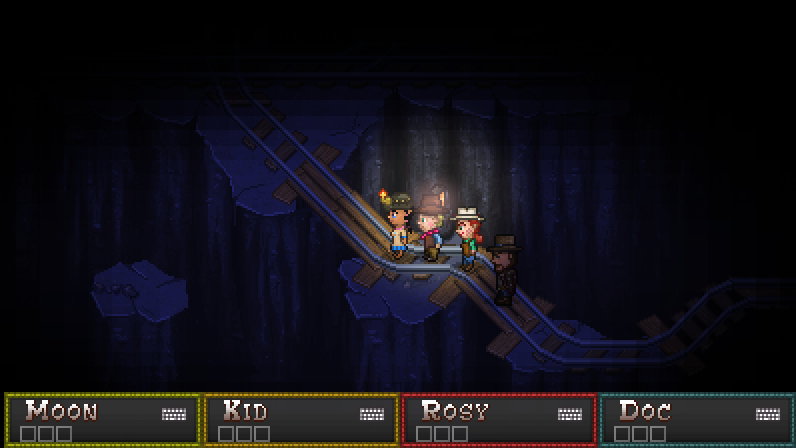 The Mining Lantern was modeled after the very earliest such mining lanterns ever crafted. Remember this is before the age of batteries of course, so old mining lanterns like this used a lit wick to shed light in dark mines. It’s like wearing a candle on your head! It even works outside of battle to light up dark places.

– Basically, Moon hops in a minecart and smashes into an enemy. This attack is always a critical hit.

– Gain a perk during battle by consuming a Food item. The food is random so you don’t get to pick which one!

– This attack douses an enemy in kerosene giving them an “oily” stance. This alone does nothing. But if they are hit with any fire-based attacks while the stance is active, then KABOOOM!

– Causes an avalanche of boulders to rain from the sky and crush random enemies.

It’s no shock that this hat will provide Moon with various mining-related Vantages. The Mining Lantern is an entirely weaponless hat where all Vantages learned here require no weapon to use.

Tomorrow we’re talking about why it’s important to always do your best in battle!