Welcome to the second half of the Corral Countdown where each weekday I talk about something I want people to know about Boot Hill Bounties. Only 25 more entries to go before launch!

So far I’ve shown how Kid can harvest crops and grow his farm and how Rosy can learn new recipes to cook a variety of treats. So today, it is Moon’s turn.

Various natural materials can be found from enemies and just lying around in the world called “reagents.” Reagents contain hidden properties that can be unlocked using the ancient craft of imbuing. Weapons can be imbued by reagents by Moon at camp to produce various effects, such as: 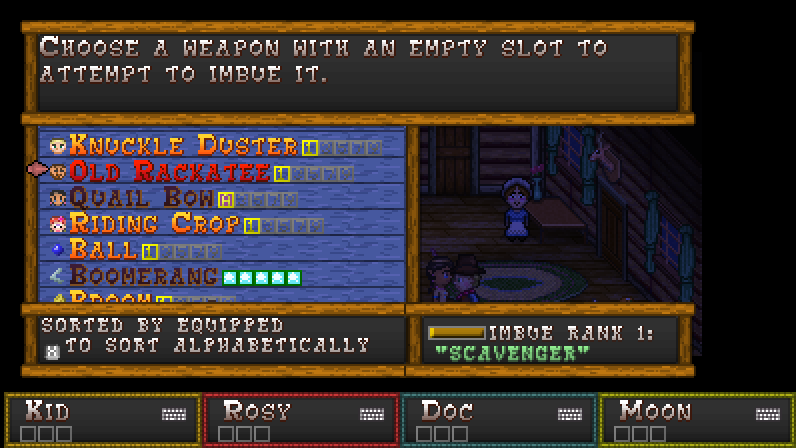 Every reagent has three possible effect properties. A horn, for example, may have Disease, Critical and Fire. When three reagents are combined that share a common property, they will imbue a weapon with that property.

However, until a property is discovered, the properties within a material are not known to the player. And combining three reagents with no common properties fails the attempt to imbue and uses up the reagents. So you need to collect a lot of reagents to experiment with finding common properties. Of course, there may be some characters who can give you tips about what you should try to combine for imbuing. 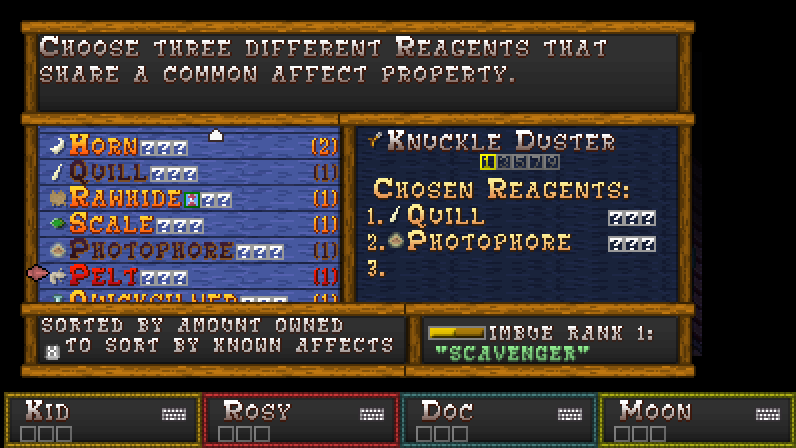 At first Moon can only imbue a weapon with a single property. But as Moon successfully imbues, she will gain experience and raise her rank in imbuing. She starts out as a “Scavenger” but potentially become an “Augmenter” or “Enchantsmith.” And as her rank increases Moon will be able to imbue each weapon with more properties. So you can customize a single weapon with up to five imbued properties. 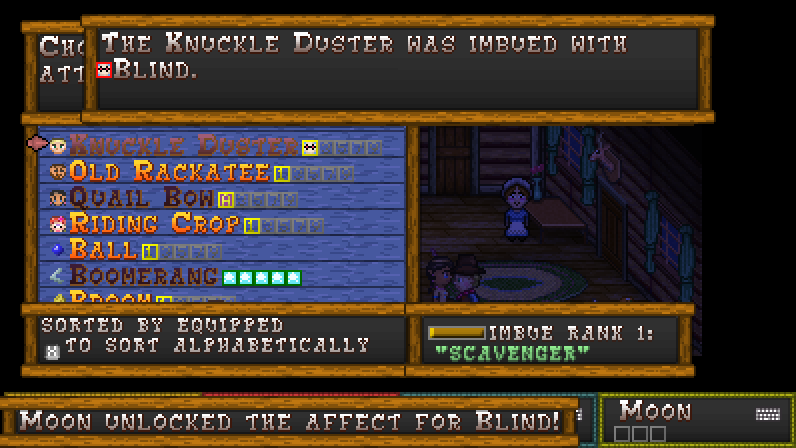 Furthermore, imbued weapons can be sold back to shops for more money. Imbuing weapons, along with cooking food, is another way to earn money in Boot Hill Bounties.