Rosy joined late in the game in Boot Hill Heroes so she didn’t get a lot of hats. This time around things are very different so let’s talk about one of those hats. There are SPOILERS abound, so click to reveal… 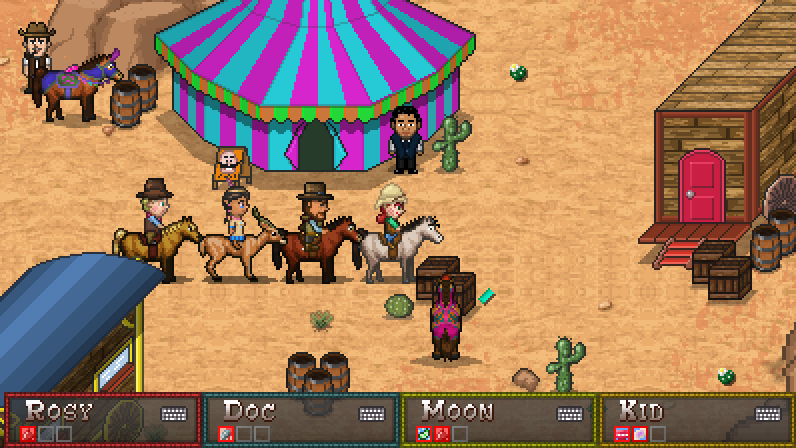 A pith helmet is a cloth helmet made of plant tissue often worn by travelers and explorers. Just looking at it and you immediately think “African Safari.” So it’s easy to guess what kind of Vantages come along with this hat.

– Gives animals the “Tame” stance, causing them to temporarily fight alongside you until it wears off or they are attacked.

– A blocking stance that uses a rope weapon to absorb damage.

– Feeds a random food item to an animal enemy. It won’t take action while eating and is easier to Tame!

– Rope attack that may put animal enemies to sleep

As you can see the Pith Helmet is about subduing and controlling animal enemies you encounter. Not very useful against human opponents. In those cases, there are a few summon Vantages that come with the Pith Helmet that I won’t spoil here!

Tomorrow we’re going to talk about a kind of side quest or achievement that is also a tutorial system.