Perks are special status conditions that help characters in battle in different ways. For example, ‘Determined’ make stances remain in effect longer while ‘Kinship’ increases the effectiveness of healing Vantages.

A Broad Range of Emotions 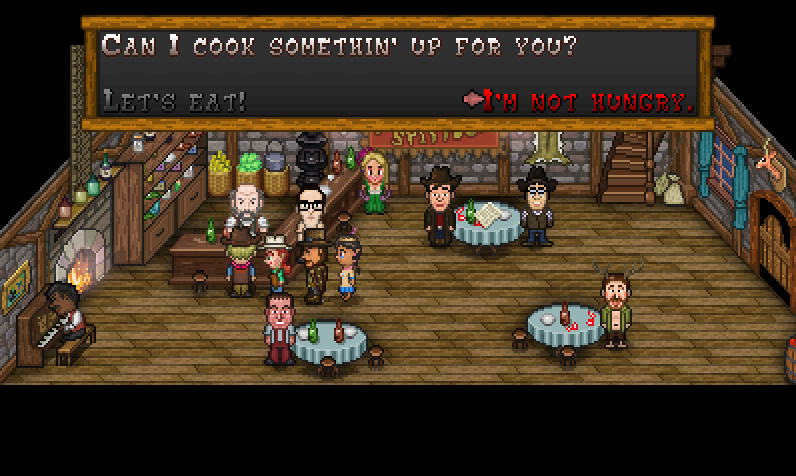 There are about 22 different Perks characters can get that make them feel ‘Spry’, ‘Resilient’, even ‘Incombustible’! And perks are typically given from interactions with other characters or from the food characters eat.

A Smorgasbord of Culinary Delights 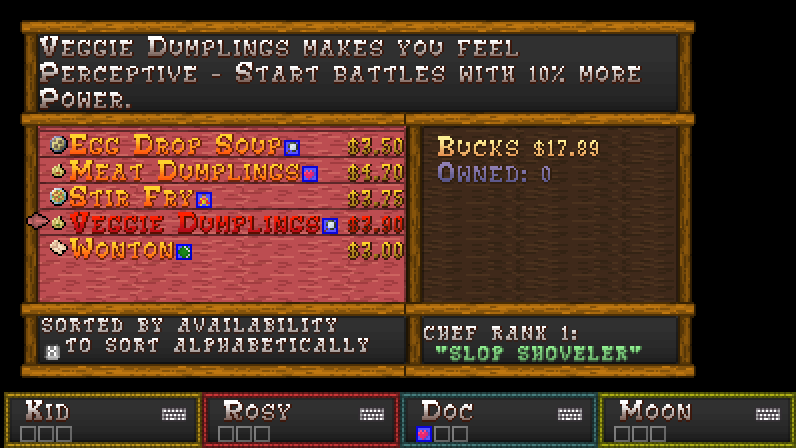 Food can be purchased in many restaurants in Bronco County, but it now can also be stored in the inventory and eaten later. Different restaurants offer a diverse menu based on their local cultures. So you can find traditional food like Corn Bread and Succotash served up in Swellsville, while exotic treats such as Honey Roasted Peanuts and Chili Cheese Fries can be found at the circus. What food do you think is served in rundown Cyprus Flats or the Chepakwik Village? There are over 40 things to eat! 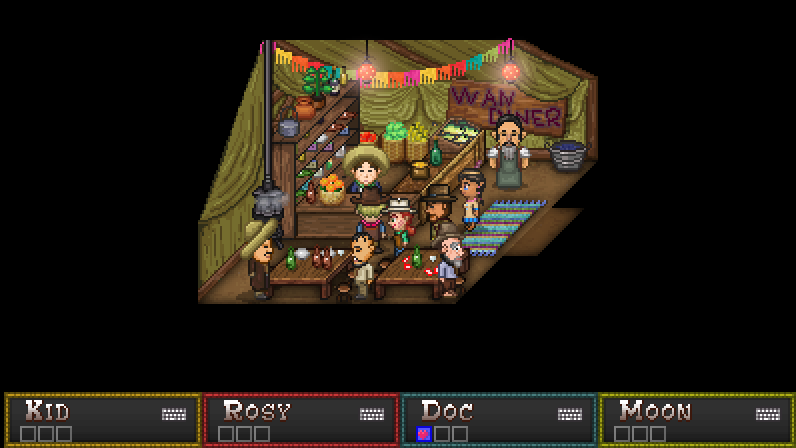 But Kid, Moon, Doc and Rosy each have their own taste preferences. Kid prefers savory food but dislikes spicy food. While Rosy likes spicy flavors but hates sour food. The effectiveness of the Perk is determined by how much the character likes the food!

Perks offer another way to customize and strengthen your party. And while characters start out with only three slots for Perks, there is a way to increase this number that I will talk about later in the countdown!

We talked a little about how restaurants give personality to various towns in Bronco Counties, tomorrow I’ll introduce you to some of the residents.