Corral Countdown 15: Doc is a Doctor

Welcome to the last three weeks of the Corral Countdown. By now, I’ve discussed 35 other things I want you to know about Boot Hill Bounties. But there are still 15 more, so let’s get into it…

Let’s go way back to remember when I revealed how camping plays a big role in party management. There are several things to do at camp and each party member, other than Kid, has a unique ability. Moon imbues weapons with special status effects using reagents, Rosy cooks meals for the party using ingredients that give the party boosts in battle. So what does Doc do? That should be obvious. 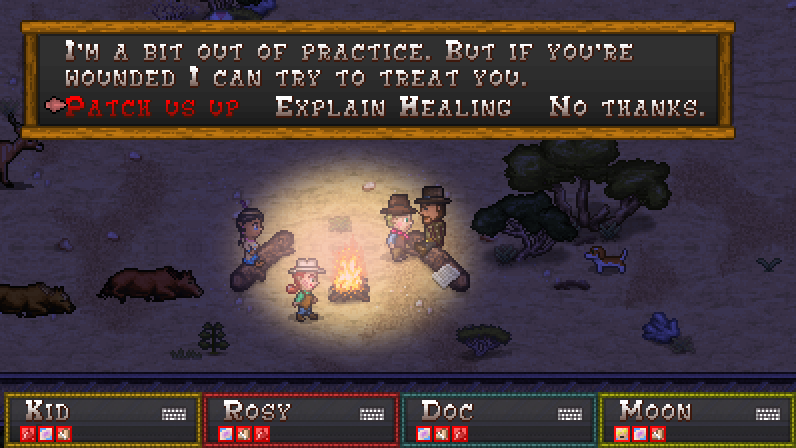 We already talked about Wounds too. Wounds befall your party whenever they are KO’d in combat. It’s like a persistent negative status ailment that doesn’t go away easily – such as a gunshot wound, fractured limb, or disease you probably got while playing Oregon Trail.

Now there are already a few ways to heal from Wounds – Wait until they eventually go away, Use a Med Kit, or visit a doctor. But Doc is a doctor? Can’t he heal your wounds? Yes, he can. 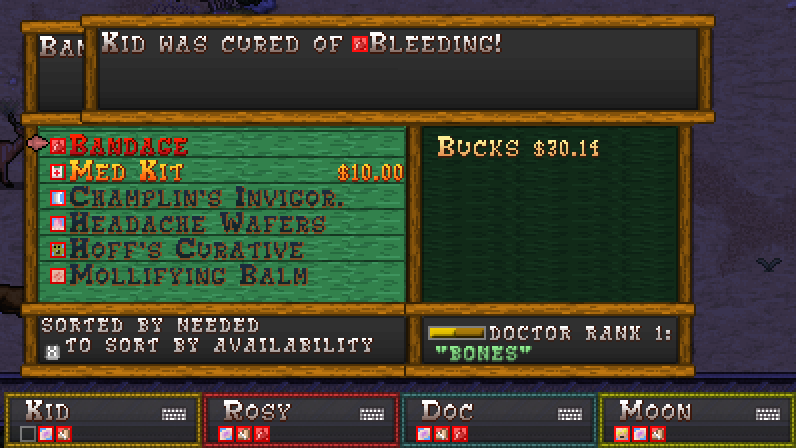 Doc can treat any wounds at camp for free as long as he knows the treatment. And the more he treats wounds, the more “Doctoring XP” he earns to gain ranks as a Doctor. He starts with a lowly rank of “Bones” but can eventually get to “Rip Stitcher,” “Physician” and even “Miracle Worker.”

The higher Doc’s Doctor Rank, the faster Doc can treat wounds passively outside of combat. Typically it takes 10 battles for a Wound to recover on its own. But if Doc knows the treatment, the number of battles is is modified by Doc’s Doctoring Rank. So a Doctor Rank of 4, “Medic” would heal a wound in 6 battles, if Doc knows the treatment. So getting wounded is sometimes a good thing because it gives Doc an ability to hone is craft and gain ranks. 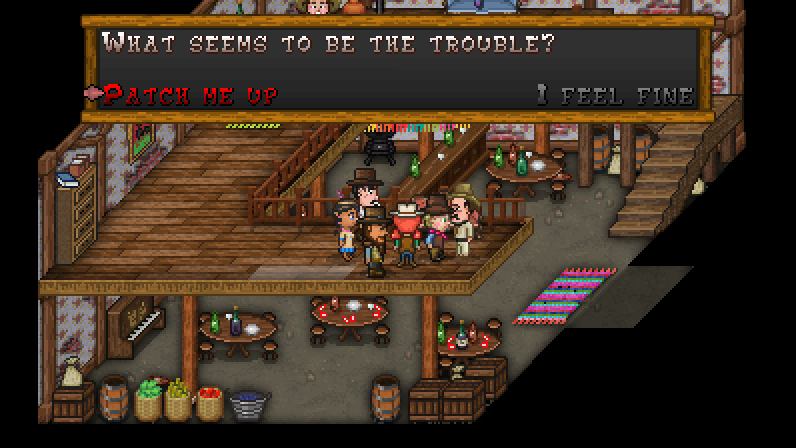 So how does Doc learn new treatments? He can learn them from other doctors in Bronco County like Doc Finch in Swellsville, or from just using a Med Kit to treat a wound. But this isn’t free. You’ll have to buy these treatments for Doc to learn them, so they can be used later at camp. 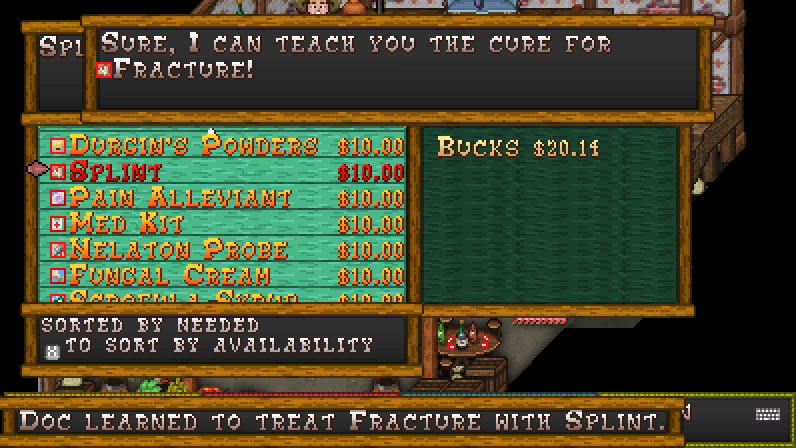 There’s still one more thing you can do while camping that I want to talk about, but that’s almost everything. As you know, tomorrow is Hat Tuesday and we’re going to take a look at one of the stranger hats for Moon.