You probably noticed from the box art reveal and a lot of screenshots that camping plays a big part in Boot Hill Bounties. Camping really captures the spirit of adventure and makes you feel like you’re on a great journey, so I wanted it to play a role both in theme and game mechanics. 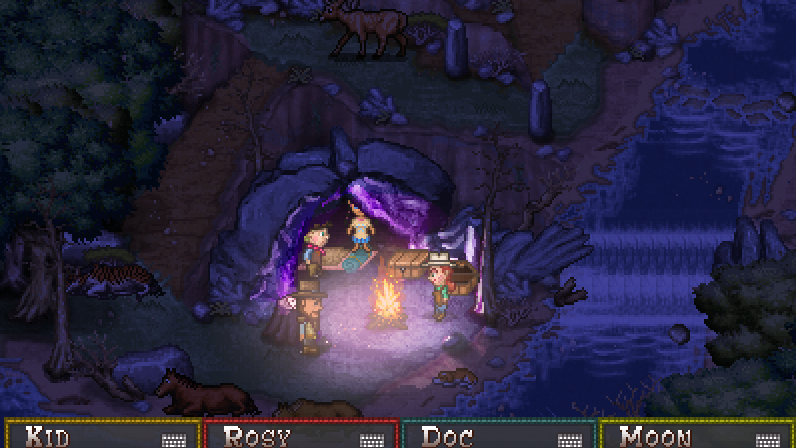 Throughout Bronco County, players can find spots to camp. These spots are often found outdoors, but you can also camp indoors. This isn’t really camping it’s indoors, but the idea is that the characters are hunkering down for the night and taking a load off.

As the characters sit around the campfire and gaze at the stars, there are many things you can do during these camping scenes (like save your game, of course). However, I’m going to talk about most of them in later Corral Countdowns. 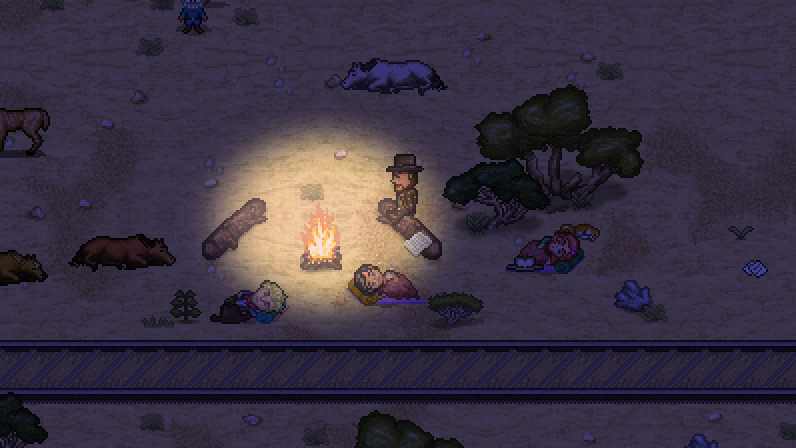 But you can already guess that camping is great time to talk to your party and see how they’re doing. They’ll talk about what’s currently going on in the storyline and share their thoughts on these events.

Sometimes events can unlock longer conversations Kid can have with Rosy, Doc or Moon (or even Rusty) where they share more of their deeper thoughts about things. Or they may even play some games or tell ghost stories! 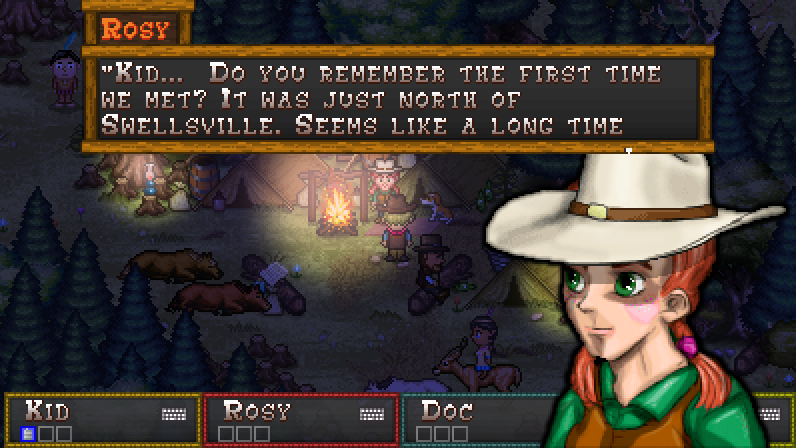 Sometimes unexpected visitors even show up while camping. This is how a lot of secret sidequests are unlocked! 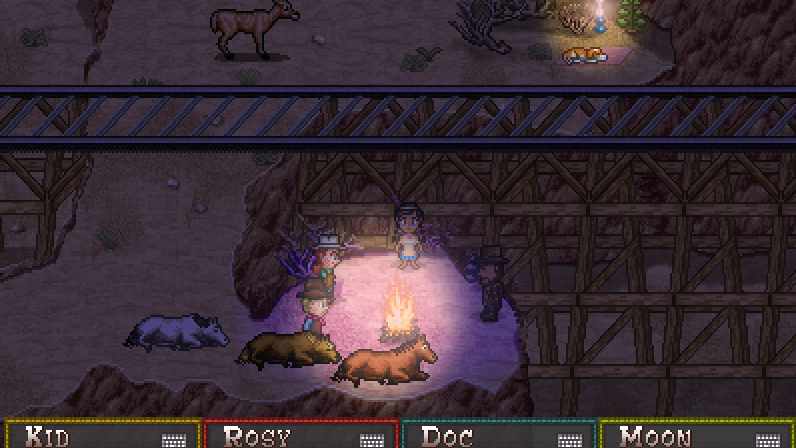 What else do you think you can do while camping? If you’ve been following the Corral Countdown, you should already have at least one good guess!

When you’re ready to call it a night, the party will crawl into sleeping bags and go to sleep. And I’m going to do the same. Tomorrow we’ll talk about nonlinear chapters. What does that mean? Pretty much what it sounds like.