Suddenly we are on the third week of the Corral Countdown, one-fifth of our way to the release of Boot Hill Bounties. Now that we’re really starting to get into it I can finally talk about some major things I’ve had to keep quiet.

But first I want to talk about a nice but simple feature – Battle Bonuses. These are titles you get at the end of every battle that say something about how each character performed. They’re basically like the after battle bonuses from Super Smash Bros Melee. 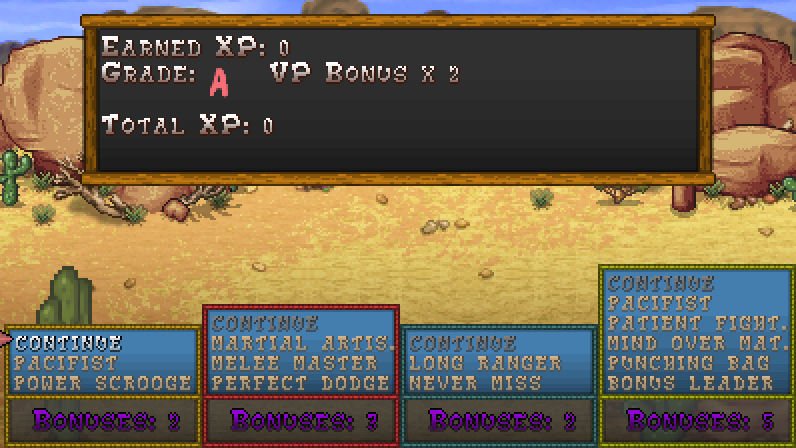 They are usually complementary:

Wall Breaker – Defeated an opponent while they were blocking

But can be embarrassing:

Whipping Boy – You were the only party member who was attacked.

Wimpy KO – Defeated an opponent with a weak attack

Unfortunate Folly – Was knocked unconscious trying to dodge but stumbled

Or just plain kind of interesting:

No Sweat – Dodged an attack that cost 10 Power

Power Scrooge – Allowed the character to charge to 10 Power

There are currently 34 bonuses to collect. They are mostly for fun but they do serve a few small purposes:

They teach players about combat
Gives something for players in co-op something to compete over. Who can earn the most battle bonuses? There’s even a battle bonus for earning twice as much bonuses as the next player! A multiple bonus bonus!
There is a Steam achievement for collecting all 34 battle bonuses among your players.
And finally, there’s the Bonus High Striker game…

Hop on a train over to the circus where you can play Ivan’s Bonus High Striker game. Just pick up the mallet and hit the lever. If the puck strikes the bell, you win a prize! 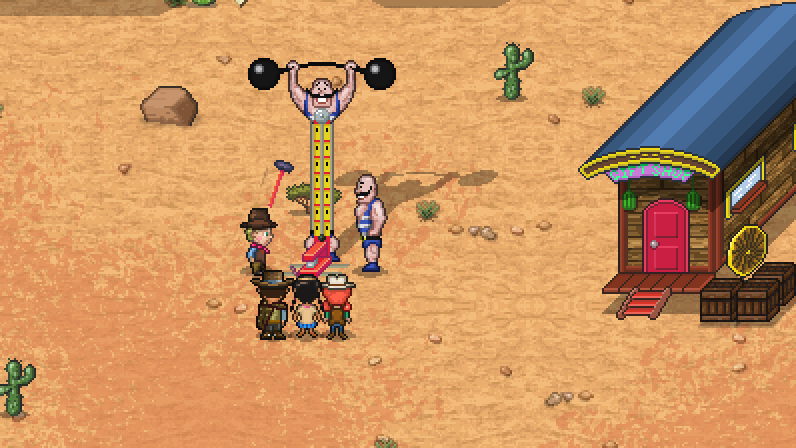 But your strength comes from how many bonuses you’ve collected. Each of your characters will need to have collected a lot of bonuses before they finally win at Bonus High Striker. 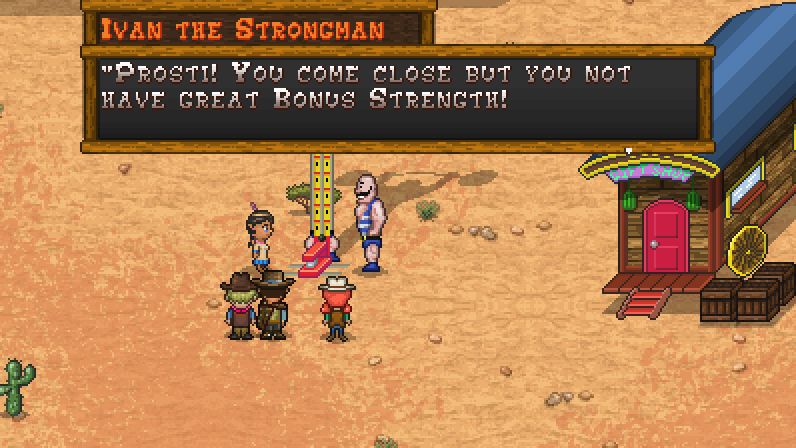 Tomorrow it’s time to reveal another hat. By now, you probably noticed that’s what we do here on Tuesdays at the Corral Countdown!