With only one day left before release, it wasn’t easy to decide on what else to write about for the penultimate Corral Countdown. But there’s one element that has played a major role both in the development of Boot Hill Bounties as well as in the game itself.

Boot Hill Heroes began as a Kickstarter project way back in May of 2012. If you can imagine, Kickstarter was still a relatively new phenomenon at the time and the campaign was very successful. The project garnered nearly 500 backers and about 100 of them pledged enough to have their own sprite in the game. 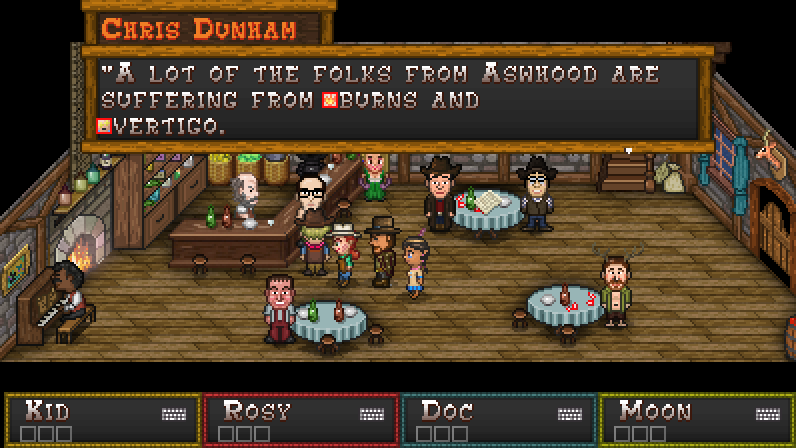 Kickstarter Backers can be found all over Bronco County. They typically blend in with other non-player character residents, but occasionally stand out. 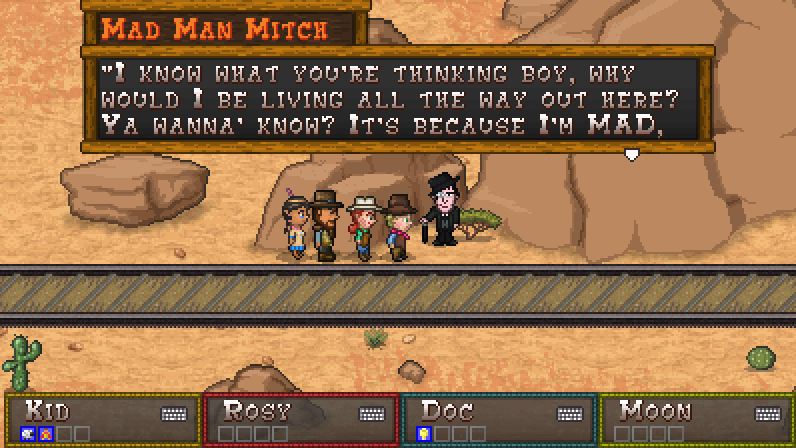 Backer characters can interact with the player in a variety of ways: 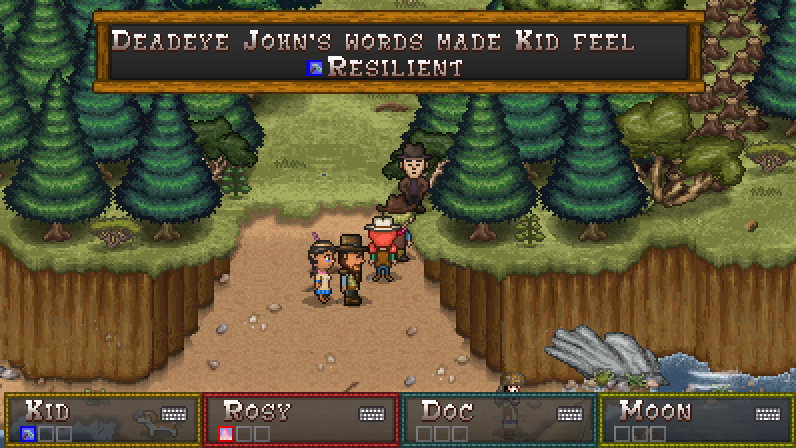 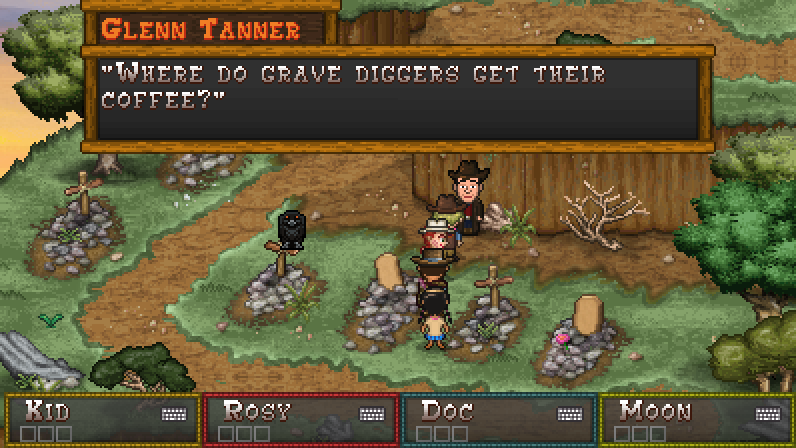 Kickstarter backers have contributed a lot to this project, from both the initial funding of the project to adding more color and personality to Bronco County itself.

Tomorrow Boot Hill Bounties will finally be released along with the final Corral Countdown. There’s still one more thing I want to tell people about the game.