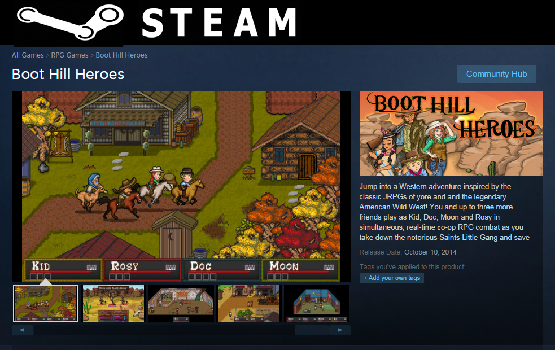 We Did It! – Thanks to everyone who helped make this game a reality!
Game Information 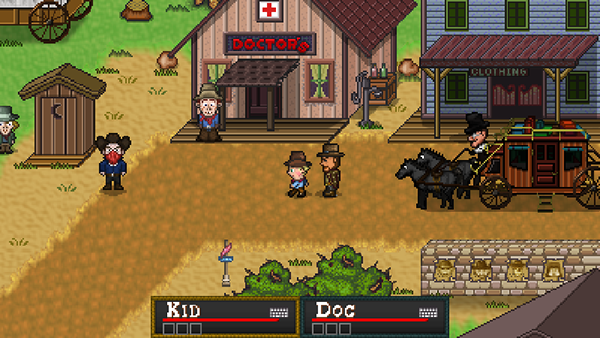 After an alleged attack by the Chepakwik Indians, the people of Bronco County are on the brink of war.  Only a farm boy who knows the truth can stop it.  Together with his three friends  – a gunslinging desperado, an Indian princess, and a calamity jane – he must expose a conspiracy by bringing to justice the six outlaws of the notorious Saints-Little gang.   Their journey will take them through cowtowns, Indian villages, ranches, gold mines, prisons, and into the very heart and soul of the American Wild West.  But on their epic adventure to right the wrongs of the past, will they see justice done or discover an even darker secret lying in wait behind the scenes? 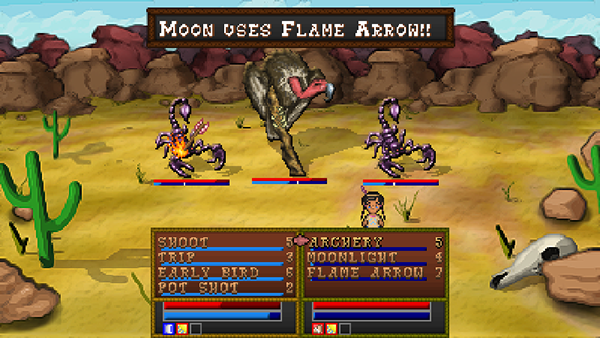 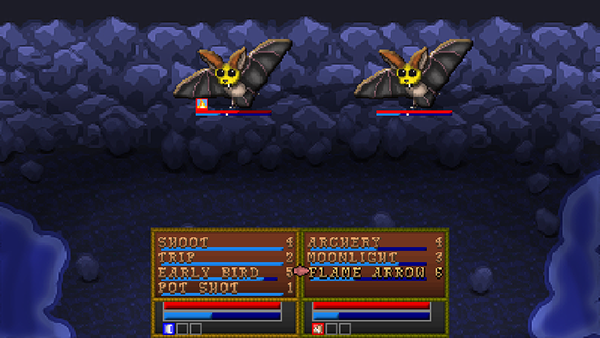 So, Just What is Boot Hill Heroes?

Take one part Final Fantasy, one part Earthbound, add a dash of Chrono Trigger  – then dip the whole thing in spicy Wild West sauce!  Boot Hill Heroes is a true retro RPG set in the American Wild West.  You’ll find all the trappings of a spaghetti western – gunslingers, saloons, Indians, ranches, spittoons,  Mexican standoffs, heroism, villainy, and everything in between.  Boot Hill Heroes has adventure, drama, and a fair helping of humor.  It’s just like the classic RPGs you remember from yesteryear but with an inventive new spin! 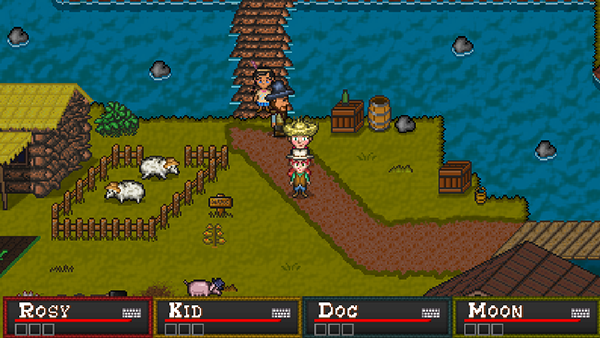 Say what?  A Four-Player coop turn-based RPG?  That sounds like crazy talk.

Not really.  The game has four characters, so we thought – Why not make it four players?  Up to four players can drop-in or out at any time.  We’ve even designed a menu system that allows all four players to simultaneously manage their characters’ equipment and abilities.   Check out the video for more info on this. 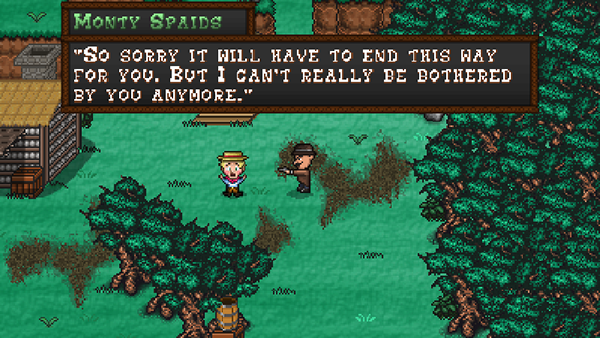