It was a nice surprise to learn that Boot Hill Heroes was nominated by MMORPG.com as a contender for best indie RPG of 2014 in their Players Choice 2015 awards.

And while I don’t think the game has much chance of winning in a category also containing games like “Divinity: Original Sin,” “The Banner Saga,” and “Transistor,” it is still great to be recognized for all the hard work put into the game and very inspiring to make Boot Hill Heroes 2 give other indie RPGs a run for their money in 2015.

You can and should vote for your favorite RPGs of 2014 at MMORPG. Voting ends this week:

MMPRPG.com reviewed Boot Hill Heroes and gave it an 8/10 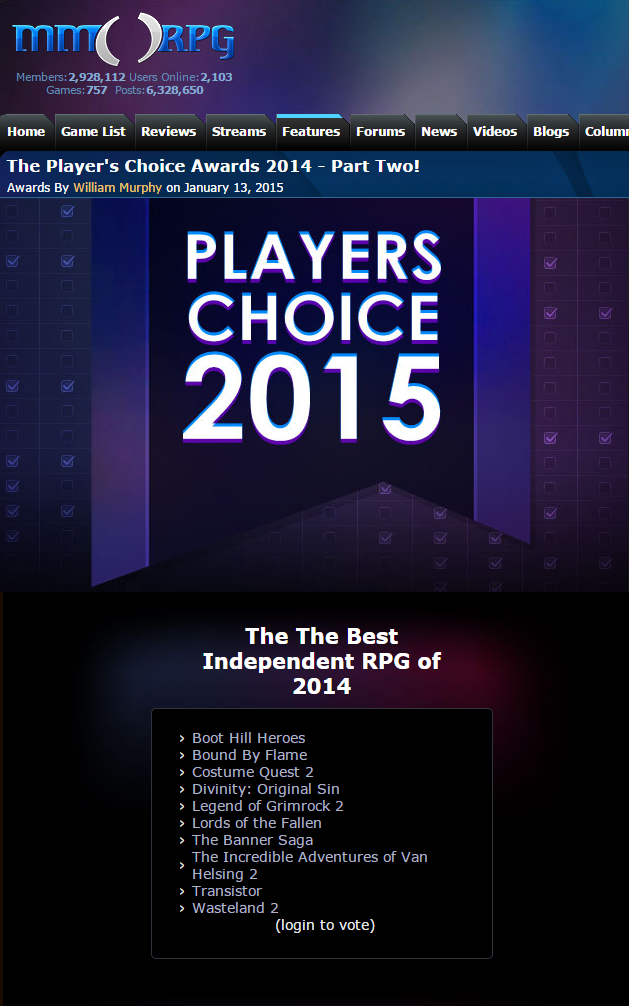